skip to main | skip to sidebar
Home » Health » Someone has not died but is not alive again, this is a sign of death...

Someone has not died but is not alive again, this is a sign of death... 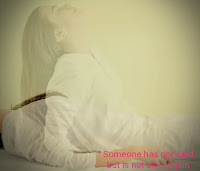 However is different from suspended animation, which is not permanently dead. Suspended animation is a phenomenon when someone returns to life after being declared dead, within a certain period of time.

Near death events, often associated with unique and different spiritual experiences for everyone who experiences them. In one case, someone was declared dead because his breath stopped and his heart did not beat again.

Although the medical authorities have taken various steps of resuscitation, but there are still no signs of life until someone is declared dead.

Read Now : Friday 13th Day is believed to be the Sacred Day, It Occurs in France, USA, England and Russia (Moscow)

Strangely enough, a few minutes until a few hours later, signs of life reappeared from someone who had been declared suspended animation.

Apparent death according to the medical side

In the event of near death, the medical person may have found signs of death in someone. Based on medical examination estimates, a person is declared dead if :

2. The pulse does not beat, and the heart stops beating.

3. There is no response to pain.

4. The pupil widens, and does not react actively to light.

But because of certain factors, someone who has been declared dead, can return to breathe and his heart beats again after a few moments of stopping, so-called experiencing death. Medical analysis, these conditions can be influenced by certain factors, namely :

Hyperkalemia can inhibit a Return of Spontaneous Circulation (ROSC). Hyperkalemia sufferers have high levels of potassium in the blood. As a result, nerve cell and muscle function in several parts of the body, including the heart, will be disrupted.

Hypothermia can cause a very weak heart rate and pulse due to the influence of cold temperatures. Under certain conditions, the heart rate and pulse will be at a point that is too weak, so that it is undetected and a person can be considered dead even though he hasn't.

In doing cardiac resuscitation, the doctor may use certain drugs. But if the drug reacts late, the ROSC or the return of activity and heart and lung circulation will be hampered. As a result, someone who experiences this condition is considered dead.

4. Cardiac resuscitation is not responded to by the body

According to a number of studies, torpor can occur due to a delayed body response after a person experiencing a critical condition is given cardiac resuscitation to save his life. So, medical staff considered the action to not yield results. After being declared dead, in a short time later the body's response appeared, as if rising from the dead.

Read Now : Heart - Heart When Surfing In The World Maya, Your Finger Type Can Be Fateful For The Earth

The research that links this states, the presence of CO2 is likely to have an effect on the body chemical balance. When the chemical balance in a person's brain is disrupted, it can affect the brain, so it is like seeing light, tunnels, or death.

Although there are many theories related to suspended animation, but until now no research has been able to explain this incident in detail. Basically, someone who is suspended in animation does not come back to life, but that person has not yet died.

That is to say, suspended animation is not an event that needs to be feared, although many people say that it is related to mystical events. Why is that, because if it is judged on the medical side, someone has not died but is not alive again. The end of the word, the author said I hope we are always in good health...