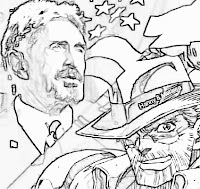 The man born in Forest of Dean District, United Kingdom 18 September 1945 as well as a British - American computer programmer and entrepreneur, John David McAfee was the founder of the McAfee Associates software company in 1987. He ran it until 1994, until he resigned from the company.

For information, McAfee.Inc is an anti-virus and computer security software company based in Santa Clara, California. Some of its products are McAfee VirusScan, McAfee SpamKiller, IntruShield, Entercept, and Foundstone.

In 2004, they again used the name McAfee. One of the companies purchased by McAfee is Trusted Information Systems, the creator of the Firewall Toolkit. Then in 2020 the acting presidential campaigner of the United States, John McAfee released his own independent cryptocurrency.

Announced by John McAfee, the launch of an independent crypto currency named McAfee Freedom Coin. McAfee states, Freedom Coin will be a currency that guarantees economic freedom, and is not affected by traditional currencies.

He said, the crypto currency plan will be launched in the fall of next year. This announcement was delivered by McAfee via his Twitter account. Even further, he has also prepared a white paper, where white paper as a form of transparency and submission becomes crypto currency.

McAfee revealed, Freedom Coin will stand alone and differ from traditional currencies, or other digital assets. He also promised, that Freedom Coin is not always talking about money, but about developing a free economic ecosystem.

Freedom Coin will not be released through the ICO (Initial Coin Offering), airdrop, or mining processes. Then McAfee confirmed, Freedom Coin would not be included in the crypto stock exchange such as Binance or other crypto exchanges.

Jhon McAfee statement finally reaped cons from various circles, especially among crypto fans. It can be seen from various comments on Twitter, some parties do not believe McAfee's plan.

Furthermore, recently also John McAfee, who is known to be active in supporting the development of cryptocurrency, revealed that he had known the true identity of Satoshi Nakamoto.

He said, if at this time Satoshi was in the United States. But his intention to tell who Satoshi Nakamoto really was was canceled by McAfee because of the problem of extradition.

You need to understand, Satoshi Nakamoto is a term used by someone who is unknown, and is a designer of bitcoin and the results of the original application refers to the Bitcoin Core. Satoshi Nakamoto, estimated to have been born in 1974 - 1977 years.

But, according to information titled "The Face Behind Bitcoin", Satoshi Nakamoto is referred to as the real name of a Japanese descendant of US citizenship, living in California. (Newsweek/ auth)