skip to main | skip to sidebar
Home » Economic , Financial » Don't be fooled by expensive bitcoin mining, this new crypto worth US $ 121.52 is also well mined

Don't be fooled by expensive bitcoin mining, this new crypto worth US $ 121.52 is also well mined 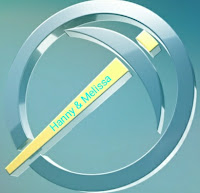 Blockchain proof of work that is highly scalable, and is community driven and is intended for prediction markets, investment contracts, insurance, and various derivatives such as stable coins are called VEO (Amoveo).

Cryptocurrency Amoveo (VEO), has a lightning channel like Bitcoin. Users can move money into channels faster and cheaper, rather than issuing transactions on the blockchain to await confirmation.

The price for opening this channel is only less than $ 1. And the transaction time in the channel is in the range of milliseconds. Besides, Amoveo (VEO) also has millions of transactions / second. Amoveo is launched on the main network at 11:00 GMT or 2 March 2018. There is no ICO or premining before that date.

Read Now : FREE CLOUD MINING OF THIS ENGLISH, PAYING BACK FROM THE 30 GH/ S BONUS RESULTS

Zack Hess (Original Creator) is a well-known crypto developer working on the Aeternity (AE) and Augur (REP) projects. He is the co creator of Augur, but left the project due to differences of views with his colleagues. "I worked with the Augur team before being called AugurI wrote their first minimum worthy product in Python. I taught them the design of Paul Sztorc ". Zack Hess said via the Amoveo page

Starting from his experience with these projects, Zack Hess began to develop Amoveo to overcome their weaknesses. Which said, this project was no longer limited to one developer. At this point, there are dozens of contributors on GitHub. 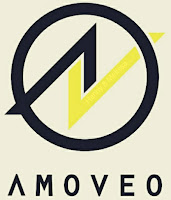 Based on the expression of Zack Hess, Amoveo is the result of lessons learned from previous coins. Zack, better than others to try to overcome the weaknesses they know. Zack main idea is to get detailed requirements from the initial user, adapt according to the project, and advertise it.

VEO cryptocurrency using the modified SHA256 algorithm for mining. Coins can be mined using GPU, but not using Bitcoin ASIC. However, there is no maximum limit for VEO coins. To find out more about how to mine Amoveo effectively, you can visit the Mining Amoveo website. And if you want to mine, it doesn't hurt to visit the website. That is to say, you should not be fooled and fixated by the very expensive bitcoin mining, because this new crypto is also good for you to mine.

But don't you know in 2019, the new crypto or Amoveo (VEO) was launched on March 2, 2018 then with supply circulation of 63,742 VEO and a total supply of 65,529 VEO, now worth US $ 121.52 (Market Cap). In addition, this cryptocurrency developed by Zack Hess also has several specific improvements at Amoveo, compared to the Augur Coins. The following is an increase in Amoveo versus Augur cryptocurrency :

1. Do not use sub currency.

Amoveo does not use sub currencies, exclusively relying on VEO. Conversely, the Augur contract is carried out in Ether (ETH), while the own token (REP) is only used to pay for prophecy. Amoveo does not depend on other networks and uses a single token for everything, including Oracle funding. Prophecy is an integral part of the network because it is cheap.

2. Amoveo has a Lightning channel.

Having lightning like Bitcoin itself, Amoveo makes transactions almost instant and with low commissions.

Amoveo uses a combined market with a changing number of prophecies. As a result, Amoveo might have the most convenient smart contract between existing blockchain networks, Happy mine, good luck...

Read Now : HOW TOGETHER MINING BITCOIN IN Hashflare.io
Share this article :