skip to main | skip to sidebar
Home » Political » Born 28 October 1928, it turns out Indonesian is very unique. And now i'm proud to be an Indonesian citizen ...

Born 28 October 1928, it turns out Indonesian is very unique. And now i'm proud to be an Indonesian citizen ... 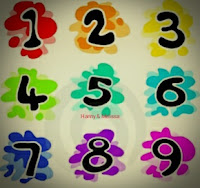 Indonesian language was born on 28 October 1928. At that time, young people from various corners of the archipelago gathered in youth densities and made vows (1). One blood swear, Indonesian land, (2). One nation, the Indonesian nation, (3). Up holding the language of unity, Indonesian.

The pledge of the youth is known as the Youth Oath. The third element of the Youth Oath, is a statement of determination that Indonesian is the language of the unity of the Indonesian nation. Then in 1928, Indonesian language was confirmed as a national language.

Read Now : The 9 Most Mysterious Languages In The World That You Did not Know

Very fortunate to be an Indonesian citizen, although different ethnic and language differences in the country but united by language, where the language is Indonesian. But don't you know, even though in addition to uniting ethnicity and language in the culture of the country, it turns out Indonesian is very unique. The uniqueness of the Indonesian language, not only in terms of its use but also in fragments of words or sentences.

And this unique fact, it was found in a pattern of numbers in Indonesian, such as writing One (Satu) to Nine (Sembilan) words. The following is an explanation of the intended facts of uniqueness:

The uniqueness turns out that each number has a sibling marked with the same initial letter. If the two numbers are summed together, the result must be ten. For example, One (Satu) and Nine (Sembilan) have the initial letter "S", and if added together one plus nine the result is ten.

The same is true of Two (Dua) and Eight (Delapan), Three (Tiga) and Seven (Tujuh) to Four (Empat) and Six (Enam). Consecutive up to number Five (Lima). Five (Lima) summed with it self (Lima), also the result remains ten. Not only there, it turns out that the initial letters also have an important role in the formation of these numbers.

Read Now : Many do not know, it turns out they have been there since 1989

While for number Five (Lima), the initial letter is " L ". Where " L " is used for the symbol number fifty in Roman calculations (Justification that still connects).

So what about the numbers Three (Tiga) and Seven (Tujuh)...?. It turned out that it was difficult to find justification, even though it was added, subtracted, divided and multiplied apparently not yet found. Cause, Three times the Seven results are 21, less one number with the letter " T " which is the order of 20. But the symbol " V " is used to indicate the number seven in Arabic calculations. And " V " is ranked - 22.

The secret logic, not using mathematics. Just write it on a blank paper, then surely you can find the connection. Come on cobs write a small " T " (t) on a paper. Then turn the paper 180 degrees, then you can see the number seven clearly. Then what about the number 3 (Three)...?

Then write the big " T " on the paper using the Times New Roman font, then rotate it 90 degrees to the right in a clockwise direction. Surely you can see the number Three (Tiga) clearly, but a little sharp (Justification that is also forced).

Unique patterns like this might only be found in Indonesia, and now I'm proud to be an Indonesian citizen. Then what other languages for the language ...?. Is the language in your area unique too, if it is unique there is no harm in making articles with explanations like this, who knows tourists from various other countries will be interested in the language you use. Hopefully be inspired, and have a good day...

Read Now : Only 6 Region Only In Asia, One of Indonesia
Share this article :