skip to main | skip to sidebar
Home » Economic , Financial » The creator of Auroracoin uses a pseudonym, does this follow in the footsteps of Bitcoin ...?

The creator of Auroracoin uses a pseudonym, does this follow in the footsteps of Bitcoin ...? 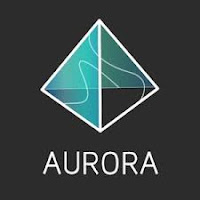 Auroracoin is a cryptocurrency developed in Iceland. Auroracoin was launched in 2014 by its creator with a pseudonym.

That launch was intended, to function as a cross-border transfer mechanism in the local economy.

Then the value of Auroracoin created by Baldur Friggjar Odinsson (Pseudonym) fell immediately after it was launched in March 2014, and it was considered an attempted failure.

However, Auroracoin was revived in 2016 by a group of developers who enlarged the scope of their functions, to cover daily transactions. This digital currency is run by the Auroracoin Foundation, which was founded in 2015.

Read Now :  What is Elastos Coin (ELA) ...?. Could it be that Elastos Coin is suitable for investment when viewed from the current price ...?, More ...

A glimpse of Iceland, in 2009 the Icelandic economy went bankrupt after the financial crisis that hit in 2008. To stem the flow of capital out, the government instituted controls that prevented its citizens from carrying foreign currency abroad.

Similar to bitcoin, whose creation was widely regarded as a reaction to the bank's bailout by the federal government, Auroracoin also positioned itself as an alternative to government-controlled currencies.

"People in Iceland, for the past five years, were forced to surrender all foreign currency obtained to the Icelandic Central Bank". (Write the coin maker)

This means explaining that, people are not entirely free to be involved in international trade. They are not free to invest in overseas business.

The use of arbitrary power caused, and Iceland's unsustainable government debt has created risk uncertainty in all aspects of trade. According to the creator of the coin, that is the overall effect of government restrictions on the local economy is crippling.

Read Now :  Tcoin and how to get it at OONA

Auroracoin is based on the Scrypt algorithm, which is also used by Litecoin. 50% of the cryptocurrency has been mined and distributed to Icelanders in three phases.

During the first phase of March 2014, every Icelandic citizen received 31.8 AUR. The amount distributed rose to 318 coins in the second phase and doubled to 636 coins in the third phase. 50% of the remaining coins are destroyed. Iceland's national ID system is used to do airdrop.

A head of the launch of Auroracoin, its value jumped to $ 1 billion due to rumors that it was supported by the Icelandic government. But the decline resulted in a massive selloff and the value of Auroracoin fell to $ 20 million.

Besides being called a failed attempt, Auroracoin is called fraud. The project remains in the backburner until a new team from Aurora Foundation takes control in 2016.

The team also aims to develop supporting infrastructure, such as cryptocurrency wallets and trade exchanges, for coins. 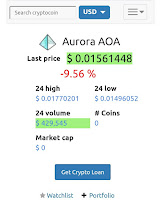 Based on today's coinmarketcap, the price of Auroracoin is around $ 0.0015 / coin. This price is likely to increase, along with soaring bitcoin prices made by Satoshi Nakamoto (Anonymous).

The next question is, is Auroracoin going to follow in the footsteps of Bitcoin ...?, as Bitcoin was created using a pseudonym (Satoshi Nakamoto).

Posted By - Hanny & Melissa On Saturday, May 04, 2019
Email ThisBlogThis!Share to TwitterShare to Facebook
Label: Economic, Financial