skip to main | skip to sidebar
Home » Health » Mothers of drug users, smokers and liquor during pregnancy, their children have the potential to suffer from ADHD

Mothers of drug users, smokers and liquor during pregnancy, their children have the potential to suffer from ADHD 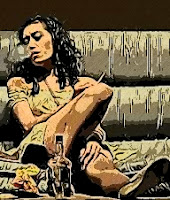 ADHD (Attention Deficit Hyperactivity Disorder) is a long-term disorder that attacks millions of children with symptoms that can last into adulthood.

Anyone has the possibility to suffer from a condition more commonly known as this hyperactive term. But ADHD is generally experienced by people with learning disorders.

Symptoms and Risks of ADHD...

A number of symptoms in the behavior experienced by people with ADHD include difficulty concentrating and the emergence of hyperactive and impulsive behaviors.

ADHD symptoms are generally seen at an early age and are usually more evident when changes occur in the situation around the child, for example, starting to study at school.

Most cases of ADHD are detected at ages 6 to 12 years. Children with ADHD tend to be inferior, have difficulty making friends, and have inadequate achievements.

Read Now :  How to remove the thorn from the body that many people do not know…

ADHD tends to occur more frequently and is easily detected in men than women. For example, boys generally have more hyperactive behavior while girls tend to be more silent and difficult to concentrate.

The cause of ADHD is unknown. a number of studies have shown that there are several factors that have the potential to influence a person's risk level.

The cause of ADHD cannot be known with certainty. But a number of studies have shown that a person's risk of suffering from this condition can be caused by a combination of several factors, namely:

- Have a mother, father or brother with the same condition or other mental disorders.

2. Premature birth, that is before 37 weeks' gestation.

3. Abnormalities in brain structure or function, such as an imbalance in the levels of neurotransmitters in the brain or impaired performance.

4. Brain damage that occurs in the womb or early age.

5. Mothers who use illegal drugs, consume alcoholic beverages, and smoke during pregnancy.

6. Exposure to toxins from the surrounding environment in childhood, such as lead contained in paint.

ADHD is a condition that cannot be fully cured. Symptoms can sometimes decrease with age, but there are also people who continue to experience it to adulthood.

However, there are several methods that can be learned so that these symptoms can be controlled.

A number of steps for handling ADHD can include medication, behavioral therapy, and social interaction therapy.

Even though it can't cure, drugs can reduce the symptoms of ADHD. There are 5 types of drugs commonly used, namely methylphenidate, dexamfetamine, lisdexamfetamineatomoxetine, and guanfacine.

By consuming it, these drugs will make patients more calm and reduce impulsiveness so that patients can be more focused. Methylphenidate, dexamfetamine, and lisdexamfetamine are included in the class of stimulant drugs.

These drugs will trigger an increase in brain activity, especially in parts that control concentration and behavioral abilities. Methylphenidate is generally given to teenagers and children over 6 years. If it does not match this drug, the doctor will replace it with dexamfetamine which is recommended for children over 3 years.

If stimulant drugs are not suitable for sufferers, for example for certain health reasons, doctors will usually give atomoxetine. This drug includes the type of Noradrenaline Reuptake Inhibitor (SNRI).

SNRI will increase the levels of noradrenaline compounds in the brain so that it can help power concentration and control impulses. Atomoxetine can be prescribed for teens and children over 6 years. For adolescents and children who cannot use the drugs above, it is difficult to make alternatives. This drug serves to increase concentration while lowering blood pressure.

All drugs must have side effects, including drugs for ADHD. A number of common side effects when using it are headaches, no appetite, and indigestion. But atomoxetine users must be more vigilant because this drug is also thought to cause more serious side effects, namely triggering suicidal desires and liver damage.

Read Now :  Know 6 Important Nutrients for Your Health, One of them is "Selenium"

Besides medication, ADHD treatment can be supplemented with therapy. This method is also useful for dealing with other disorders that may accompany ADHD, such as depression. Types of therapy that can be chosen include:

- This therapy will help people with ADHD to change their mindset and behavior when facing certain problems or situations.

- People with ADHD will be invited to share stories in this therapy, such as their difficulties in overcoming ADHD symptoms and finding ways to deal with symptoms.

- This type of therapy can help ADHD sufferers to understand appropriate social behavior in certain situations.

People who are close to people with ADHD such as parents, siblings, and teachers also need knowledge and assistance to be able to guide sufferers.

The following are some types of therapies and training that might be useful including:

- In this therapy, parents and nurses with ADHD will be trained to develop strategies to help the sufferer to behave daily and overcome difficult situations. For example by applying a system of praise to encourage patients.

2. Training and teaching programs for parents.

- Besides helping parents to better understand the behavior of people with ADHD, this step can provide an overview of the specific guidance needed by patients.

- ADHD cannot be cured, but proper diagnosis and treatment as early as possible can help sufferers to adapt to their conditions, as well as daily life...

Read Now :  Important.....!!!. For Your Skin Health, Try to Understand the Difference Between this Body Cream, Body Lotion and Body Butter
Share this article :

Posted By - Hanny & Melissa On Tuesday, May 07, 2019
Email ThisBlogThis!Share to TwitterShare to Facebook
Label: Health