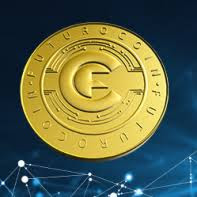 FuturoCoin is one of the youngest cryptocurrency. Even so, we all witnessed several important events and histories of this digital currency.

FuturoCoin has now become one of the most popular cryptocurrency out there. We all know that the growth that has taken place since it was launched is a complicated process. Let's draw a line from the most critical events in FuturoCoin's life.

Precisely in January 2018, is the month where it all started. The FuturoCoin premiere event takes place on January 31. There is an official launch of a press release to announce a new cryptocurrency to the world, and that is a very important month for FuturoCoin.

When that significant change occurs, first there is a big step for cryptocurrency in the first form of exchange that receives it. Then, the first mining collection that supports FuturoCoin starts. And finally, an update to the main FuturoCoin wallet, the Core Wallet was released.

Next in March, was the month of redesigning the FuturoCoin website, and testing Coin of (f) Mine - an AR game for smartphones. The FTO also began to appear in other exchanges. Then in April, FuturoCoin was added to the CoinDeal exchange which became a breakthrough for cryptocurrency. Since then, FuturoCoin's popularity has begun to increase rapidly.

FuturoCoin's volume reached its highest point in May, which is equal to more than 3250 BTC. A few days later the FuturoCoin price peaked at 1 FTO worth 0.004080 BTC. Still in month 5, a new wallet or FNWallet that completes the testing phase.

FuturoCoin also recorded an important event in June, because FuturoCoin was first registered in Coinmarketcap, and became the most popular cryptocurrency listing page at that time.

Read Now :  3 Steemit Tips to Get the Most Vote and Followers

Besides the important event in June, FuturoCoin right in July also made an important event for him, it was because FuturoCoin was added to the second in a large exchange including BitBay.net and Exrates.me. Then also on August 27, FuturoDice was presented. From that point on, people can play the game and win the FTO.

Early September, the FuturoCoin ATM device was first introduced to the public. This is available for FutureNet Cafe customers. And elsewhere, for FTO maniacs opened aurelio.pl, thus making FuturoCoin added to the 8th exchange platform, and from that another increase in the core wallet occurs.

The big competition was held in FuturoCoin in November, where in that month traders could win up to 100 FTO. Furthermore, FuturoCoin sponsors Block Show Europe 2018, it is also one of the most important events in the blockchain world. 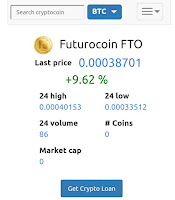 Towards the end of the year (December 2018), FuturoCoin still has many things to offer until it doesn't stop surprising the audience. Its makers began planning to release the blockchain explorer cellphone wallet, and added the FTO to Paycoiner's cryptocurrency payment platform.

Posted By - Hanny & Melissa On Wednesday, May 08, 2019
Email ThisBlogThis!Share to TwitterShare to Facebook
Label: Economic, Financial