skip to main | skip to sidebar
Home » Economic , Financial » 5 of the Most Popular and Best Dapps Provider Platforms, including Quantum (QTUM) and EOS

5 of the Most Popular and Best Dapps Provider Platforms, including Quantum (QTUM) and EOS 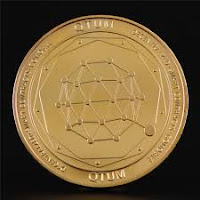 What is Decentralized Applications (DApps) ...?. For you to know, DApps
is a computer application that runs on a distributed computing system.

DApps has been largely popularized by Distributed Ledger Technology (DLT), Ethereum Blockchain, where DApps is often referred to as a smart contract.

The decentralized application is now starting to emerge, and many platforms provide the development for the DApps. With more than 1500 crypto available today, it has made many changes and technological developments in it.

Read Now : The creator of Auroracoin uses a pseudonym, does this follow in the footsteps of Bitcoin ...?

There are already quite a number of platforms that provide the development and creation of DApps, while today the author makes an article that will discuss the 5 best DApps provider platforms. The following are the best DApps, including:

Tron was founded by Justin Sun, where he was an expert in the field of business. Tron itself is a blockchain platform launched for a variety of decentralized entertainment content, which focuses on expanding the market for digital content applications that are easier to use.

Ethereum was founded by Vitalik Butterin, where Ethereum currently occupies the position of the 3 most popular coins, and the third market capitalization after Bitcoin and Ripple.

Ethereum provides the creation and development of decentralized applications that can be built and run on platform ethereum.

EOS is a blockchain platform that functions as a decentralized application development project, where the main focus is to provide a safe, easy-to-use DApps platform for users.

QTUM or Quantum is a blockchain project that bridges smart contracts Ethereum on a stable blockchain of Bitcoin. QTUM aims to increase the reach and interoperbility of smart contract applications especially for business and institutional purposes.

QTUM wants to facilitate the transition from the old system of an organization or institution, to a blockchain-based solution that increases automation and reduces costs for the network.

NEO was founded in 2014 by Da Hong Fei who was previously named Antshares then in 2017 the name changed to NEO.

NEO is a blockchain and crypto platform designed to build a scalable, decentralized application network.

The basic assets of the NEO blockchain are NEO tokens that cannot be shared, and are able to generate GAS tokens that can be used to pay for transaction costs generated by applications on the network.

Read Now :  The price is cheap, Raven Coin is one of the best new coins for investment
Share this article :

Posted By - Hanny & Melissa On Wednesday, May 01, 2019
Email ThisBlogThis!Share to TwitterShare to Facebook
Label: Economic, Financial